Kimberly Hidalgo (see our collaborators) has been analysing how migration is being considered in climate change adaptation policies worlwide, using the CLIC database published in Environmental Research Letters.

Migration induced by climate change has been explored as an inadvertent decision or as a policy solution in the last decades. According to the last modelling exercises, coastal areas will suffer the impacts of climate change harder than expected. However, there is evidence on the uneven policy development related to migration in coastal areas and also, on the great influence of policy incentives on intended migration. So far, little is known on how policies globally and across scales (local to national) are considering migration. For the first time, we look at how climate migration is considered in current adaptation policies all over the world. We have systematically analysed 226 adaptation policies across 68 coastal regions and 136 largest port cities which are originally documented in 16 different languages. Our findings point out to migration as an emerging topic in current policies and evidence the need to increase efforts in transferring groundwork into action when it comes to human adaptation in coastal areas.

We are working on an article where our database and analyses will be published. BC3 colleague Stefano Balbi is our current collaborator. 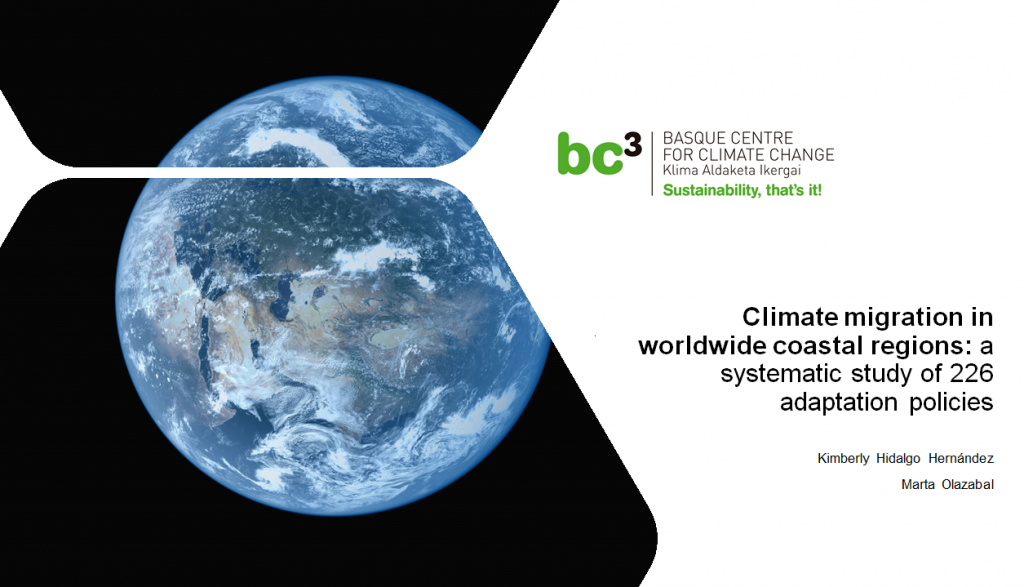 About Marta Olazabal
Marta Olazabal, BC3 senior researcher, specialises in urban sustainability, resilience and climate change governance. She has been part of the BC3 team since 2012.